The Isle of Man is an island situated in the Irish sea, between Great Britain and Ireland. Also known as simply Mann, it was ranked as the fifth richest nation in the world, by the World Bank.

The island has been inhabited since before 6500BC, and developed its own language Manx – a derivative of Gaelic. In the 1800s, 30% of the population spoke the language, compare to 2016, where only 2% speak it.

The Isle of Man has a temperate oceanic climate, with average yearly temperatures of 12.8°C, while previously boasting a record high of 29°C during the summer months.  This is the perfect island getaway.
​
The Isle of Man is also the birthplace of the Gibb brothers of The Bee Gees. 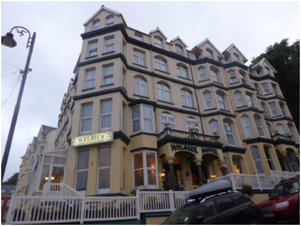 The Welbeck Hotel is an award winning hotel on the Isle of Man , offering a variety of hotel rooms and self catering apartments.

Fly with Loganair from: